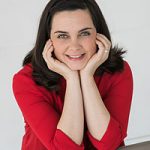 Sarah Tannehill Anderson is a versatile musician, excelling as a singer of opera, oratorio, choral music, contemporary works, and art song. After spending several years performing with national companies, such as Opera Company Philadelphia, Boston Lyric Opera, Chicago Symphony Orchestra, Opera Omaha, Fort Worth Opera, and Opera Theater St. Louis, Sarah is now thrilled to make her home and career in the vibrant Kansas City music scene.
In addition to Lyric Arts Trio, Sarah has been a member of popular regional chamber ensembles, such as Bach Aria Soloists, Missouri Choral Artists, Spire Chamber Ensemble, and the Kansas City Chorale. She has appeared as soloist with the Kansas City Symphony, Kansas City Baroque Consortium, Kansas City Chamber Orchestra, Kansas City Ballet, and New Ear Ensemble.
Sarah’s main passion, as a soloist and chorister, is her album work. Recordings include the Kansas City Chorale’s Life and Breath – Choral Works by René Clausen, in which she was featured as a soloist, and that won the GRAMMY® for Best Choral Performance in 2013, as well as the Chorale’s Rachmaninoff: All-Night Vigil, winning the GRAMMY® for Best Choral Performance in 2016. She has also premiered and recorded new works by composers such as Anthony Maglione, Forrest Pierce, Ingrid Stӧlzel, and Bonnie McLarty. She is featured on the album, Vieux Amis – Nouveaux Costumes, with the Midwest Chamber Ensemble, and has recorded two albums with the GRAMMY®-nominated St. Tikhon Choir.
Sarah is the creator of Raise Your Virtual Voice, a digital hub for vocal training, which can be found on Youtube. She is also a Realtor® with NextHome Gadwood Group Realty, serving both Missouri and Kansas. 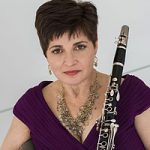 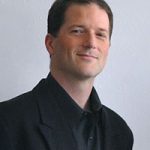 An active performer and teacher, Dan Velicer performs regularly with the Kansas City Symphony, the Lyric Arts Trio and Summerfest and is the rehearsal pianist for the Kansas City Symphony Chorus. He frequently collaborates with members of the Kansas City Symphony and UMKC faculty and helps prepare students for recitals and competitions. Previously, Mr. Velicer was an Opera Coach Fellow at the Aspen Music Festival, head staff pianist at the University of the Pacific Conservatory of Music, chamber music coach and artist performer at the Rocky Mountain Summer Conservatory and member of Trio Fedele. He is a graduate of Cornell University, majoring in both anthropology and music, and Rice University, where he received a master’s degree in piano chamber music and accompanying.

We were excited to include the Lyric Arts Trio in our concert series, and their performance exceeded our expectations. These three musicians are each exceptional artists in their own right, but their masterful playing/singing in this unusual instrumentation made us forget that we were hearing only three musicians. The variety of tonal shades they created as an ensemble seemed completely organic and natural; in this sense, they were as one instrument. Their theme for the concert, “Of Love and Remembrance,” filled our hearts with love and memories of not only our own, but of the beautiful sounds we heard that afternoon that we will carry with us for some time to come.

“All of you delivered exceptionally remarkable performances…that elevated your presentation to a truly artistic level.”

“After Thursday I really started to appreciate music, I mean how couldn’t you after hearing a group like this.”

“The audience was thrilled to have you perform for them and I have heard many great things since your performance.”

“The unique artistry your ensemble displayed showed a perfect blend of musical poetry and lyrics.”

“Your combination of music combined with your artistry and musicianship really did ‘transport’ the audience that evening.”

“The particular combination of instruments you bring to the stage is interesting – and musically exciting!”

“…a concert of exquisite beauty.”

“The quality of your performance, your informal remarks about the music…left us with the desire to hear more.”

“…all three excellent and very professional musicians, with great technical and artistic abilities.”

“Each performer was taxed to the limit, but came out the unquestioned winner.”

“These extremely talented musicians thrilled our members with the excellence and diversity of their music, and received a well-deserved standing ovation.”

“You projected a warmth and pleasure in performing which resulted in an enjoyable evening, both in sound and sight.”

“I found your performances to be wonderful in every respect…you offer your audiences a musical experience that few performers accomplish.”

“I recommend the Lyric Arts Trio to you without reservation. Their talent, expression and rapport with their audience will serve you well.”

“Thanks again for sharing your talents with our community. You are all such professional and talented musicians. If at any time you need a reference for a sponsoring venue, I would be happy to share what a great success your programs were for the Bowlus Fine Arts Center.”

“You all sold this music well! We would like to have you back!”

“Thank you so much for bringing the Lyric Arts Trio’s ‘Celebration of Kansas Pioneer Heritage’ program to the CL Hoover Opera House. It was a thoughtfully-planned and beautifully-executed recital and a refreshing way to spend an otherwise dreary afternoon.”

“I, and the others in attendance, were captivated for the full concert…”

“You, Sarah and Dan truly do create a special rapport with your audience. You made everything personal, just as chamber music should be.” 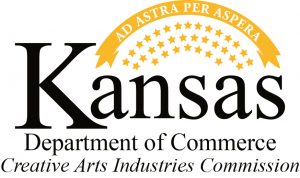